Killing Sarai (In the Company of Killers, #1) by J.A. Redmerski

“You made me feel real emotions. You unlocked me.”

this book is great, i loved every part of it because it was very unpredictable it was filled with action, suspense, drama, danger, slow-burning romance, it's perfect.

when i started reading it i had a crush on victor, seriously guys by the end of the book i was blindly in love with him, he reminds me of HITMAN the movie.

I am attracted to him. I do have a strange, unfamiliar feelings for him. And I hate it!

Sarai was kidnapped and sold at age 14 to drug lord in Mexico by her own drug addict mother, After spending 9 years in captivity, Sarai's opportunity to escape arrives one day in the form of a cold blooded, ruthless man on a mission "Victor", a mission that doesn't include rescuing her, at first he tries to get rid of her but then he realises that she's a valuable leverage against the drug lord"Javier", So he decides to help her escape mexico by taking her back to USA, but going back home wasn't the end of this story, troubles follows them everywhere and victor found himself Torn by his conflicting feelings toward sarai, I enjoyed the anticipation of seeing how their story plays out, i did not like the ending but it made sense to me .... ! 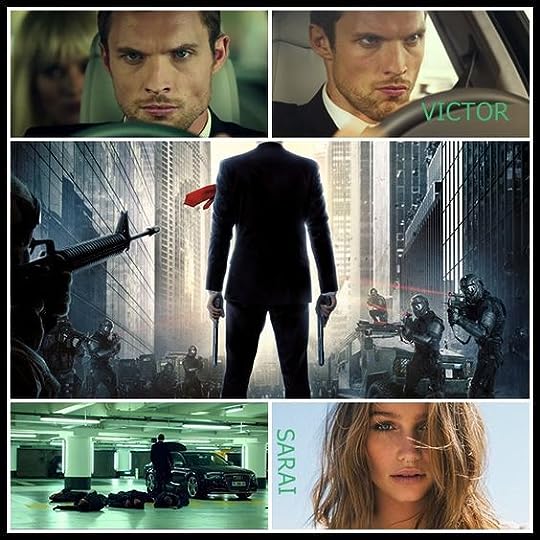